The script can be tuned to target any specific programs, but I'm mainly defaulting the script to target SQL Developer, as it's widely used by the developers, moreover, it doesn't maintain disconnecting the running session properly when the user close the session's window, keeping the "supposed to be closed" session query running in the database!

The script is designed to be scheduled in the crontab to run every let's say 5 minutes to kill specific sessions based on the killing criteria which you can identify by editing the following parameters:

export ORACLE_SID=orcl
You have to provide the name of the instance you want to run the script against e.g. orcl

MAIL_LIST="youremail@yourcompany.com"
Provide your email to get a detailed report after each successful session kill.

To get an idea of module names that are connecting to your database run this statement:
select distinct(module_name) from gv$active_session_history;

export DURATION="2.5"
Duration parameter is the session's elapsed active time in hours which if reached the session will be a candidate for kill. It's set to 2 hours and half as a default value. of course you have to change it to whatever fits your requirements.

Ultimately, although I'm not keen to share such scripts that may cause problems if they are not accurately configured , I'm sharing this script in the hope that you will use it wisely, and in order to do so, you have to test and test and test such scripts before you deploy them on production.
By your use of this script you acknowledge that you use it at your own risk.

Posted by Mahmmoud ADEL No comments: 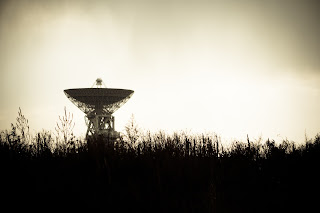 If you're running Oracle on Linux, then this script is for you.
Download link:
https://www.dropbox.com/s/yh6k3r7q3p876h0/report_long_runing_queries.sh?dl=0

The script is easy to use, it will run against all instances on the server reporting any active sessions/query for more than 60 minutes (the default), you can adjust this duration by changing the following parameter under THRESHOLDS section to whatever number of minutes you want:

Also, you can control the report generation if the number of long active sessions have reached a specific count. By adjusting the following parameter:

Lastly, you must provide your email address in order to receive a detailed Email report of long-running queries/active sessions, by editing below template in navy color:

You can schedule the script in the crontab to run every 5/10 minutes.

In the upcoming post, I'll share another script to automatically kill long active sessions connected by specific programs like SQL Developer or Toad. Let's make the life of our beloved developers easy as they always make our life easy :-)

Posted by Mahmmoud ADEL No comments:

To visit the main article that explains in details all bundle features:
http://dba-tips.blogspot.com/2014/02/oracle-database-administration-scripts.html
Posted by Mahmmoud ADEL No comments: